I love this time of year, Christmas time. We celebrate Christmas all month long and this year I've been trying to think of festive dates to incorporate into the season. So, here is the first one...a "Grinch" themed date.

I listened to the Grinch story on youtube to refresh my memory, before planning our date. I was reminded that the "who" people like to celebrate Christmas with a feast that includes: who-hash, who-pudding, and roast beast.

I wanted to recreate the "who" feast, but I also wanted to put something out on the table that would scream the Grinch (not literally.) That way my husband would know what we were doing when I surprised him with a table full of green food.

My husband loves quesadillas, so I thought to make Grinch ones using spinach tortilla wraps and an edible ink pen to create the face. The hat was made with sour cream and a roasted red bell pepper. I've included the full recipe and instructions at the very bottom of this post. 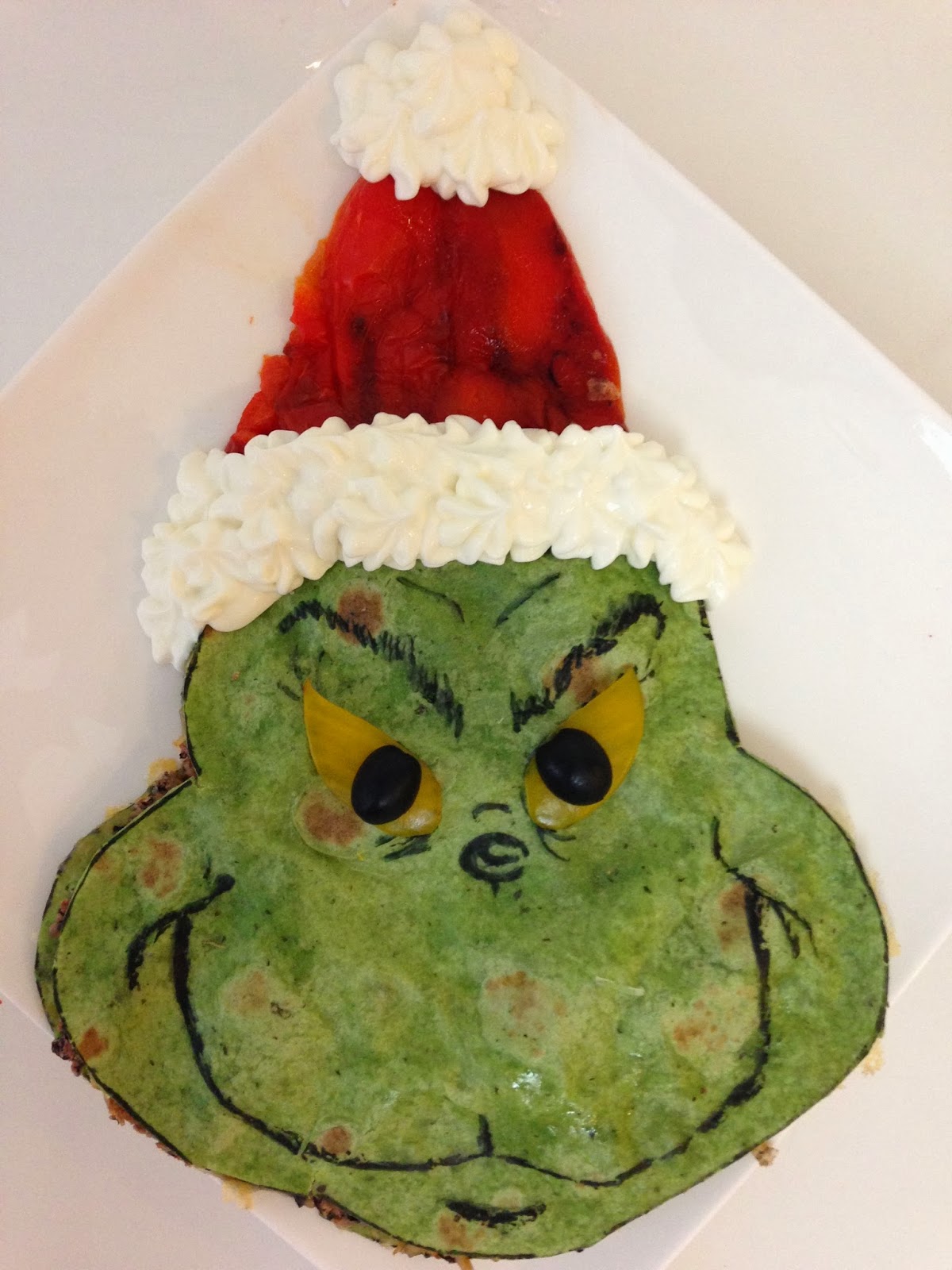 I seasoned hash browns with chipotle powder, garlic powder, and salt. I added red and green bell peppers to be festive. 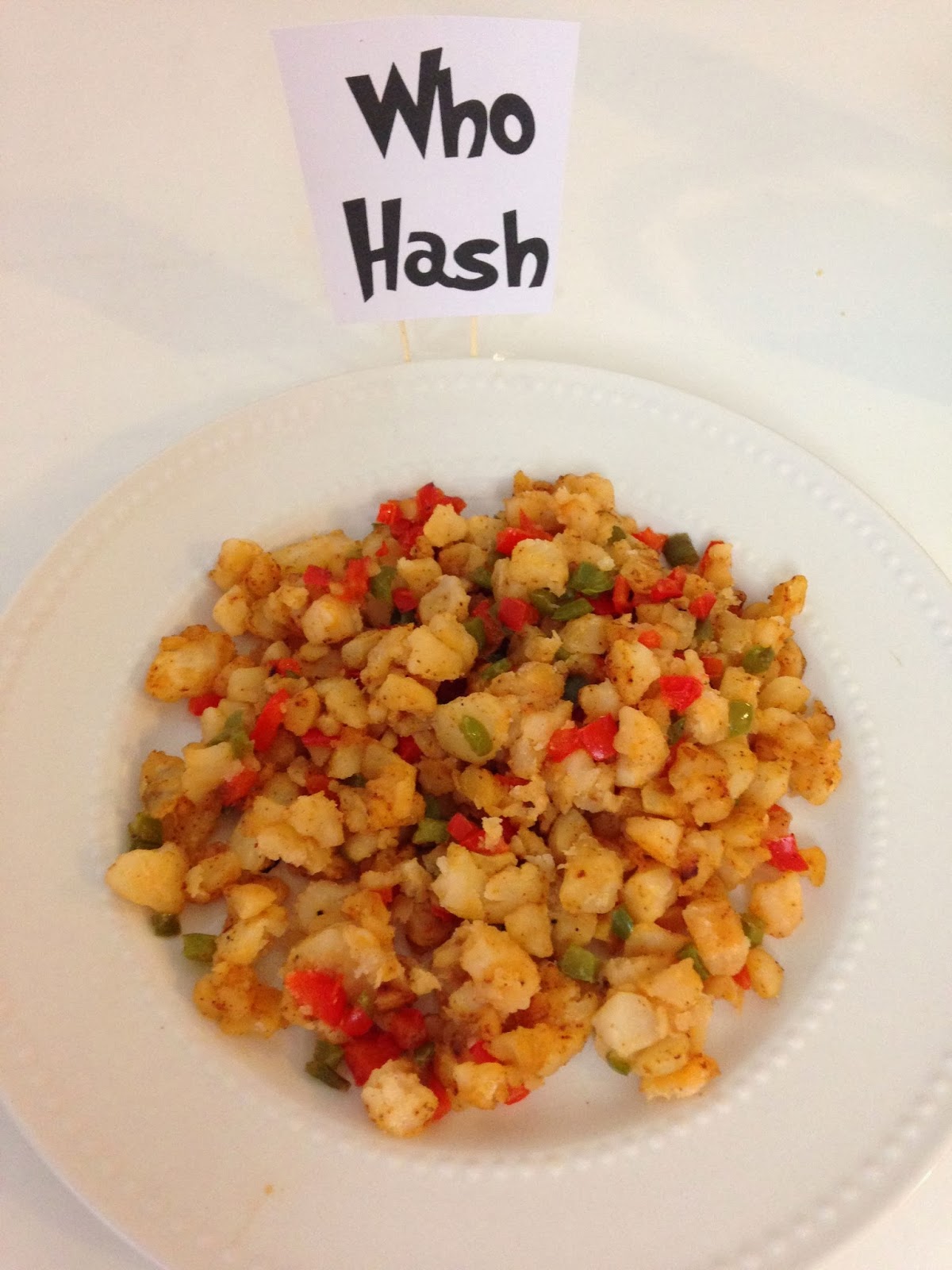 I used pistachio pudding to create the who-pudding. 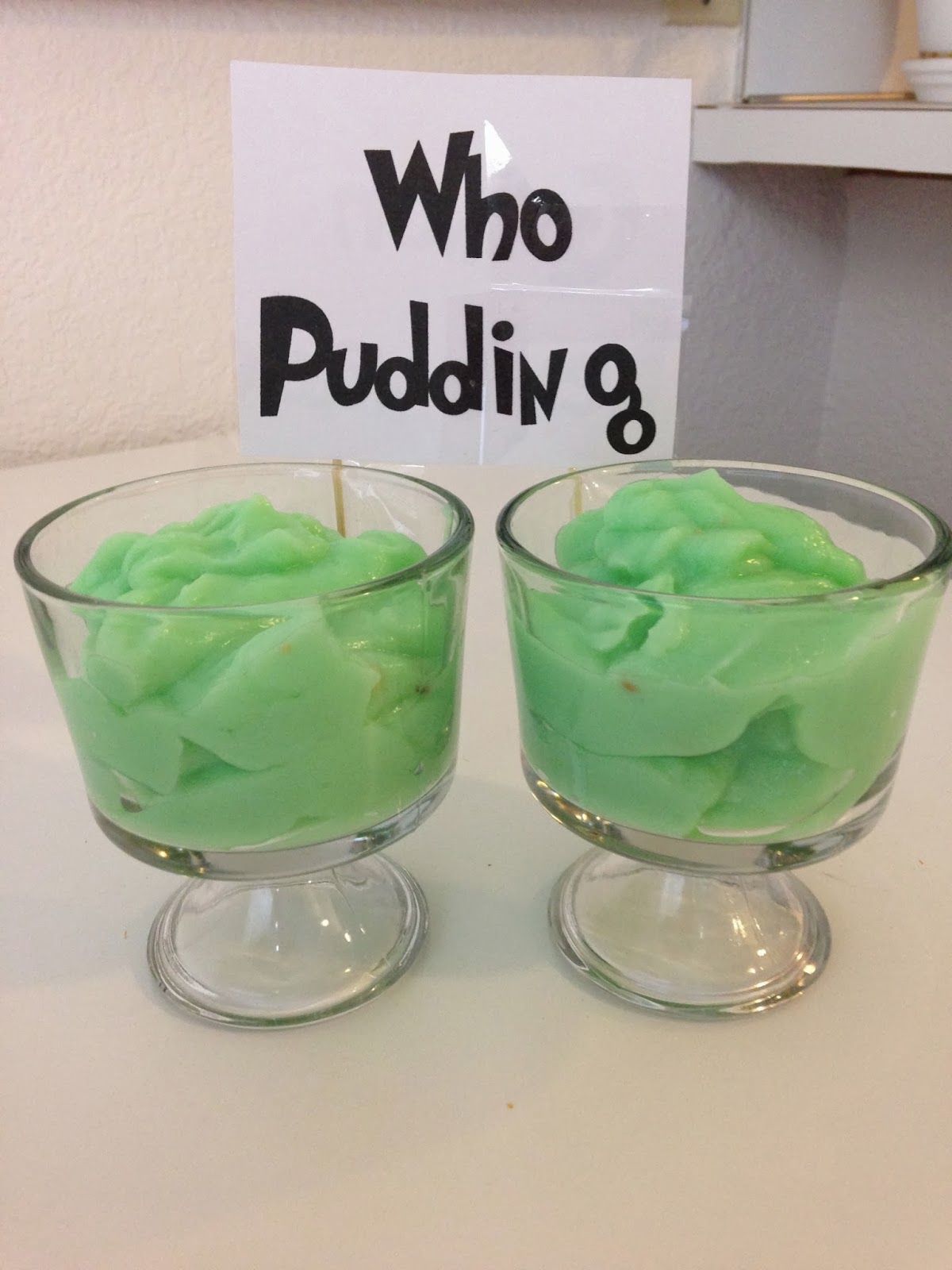 For the roast beast I made roast beef pinwheels using the spinach wraps, chipotle cream cheese, roasted red bell pepper, mango, green onions and cilantro. Here is the recipe I built on. 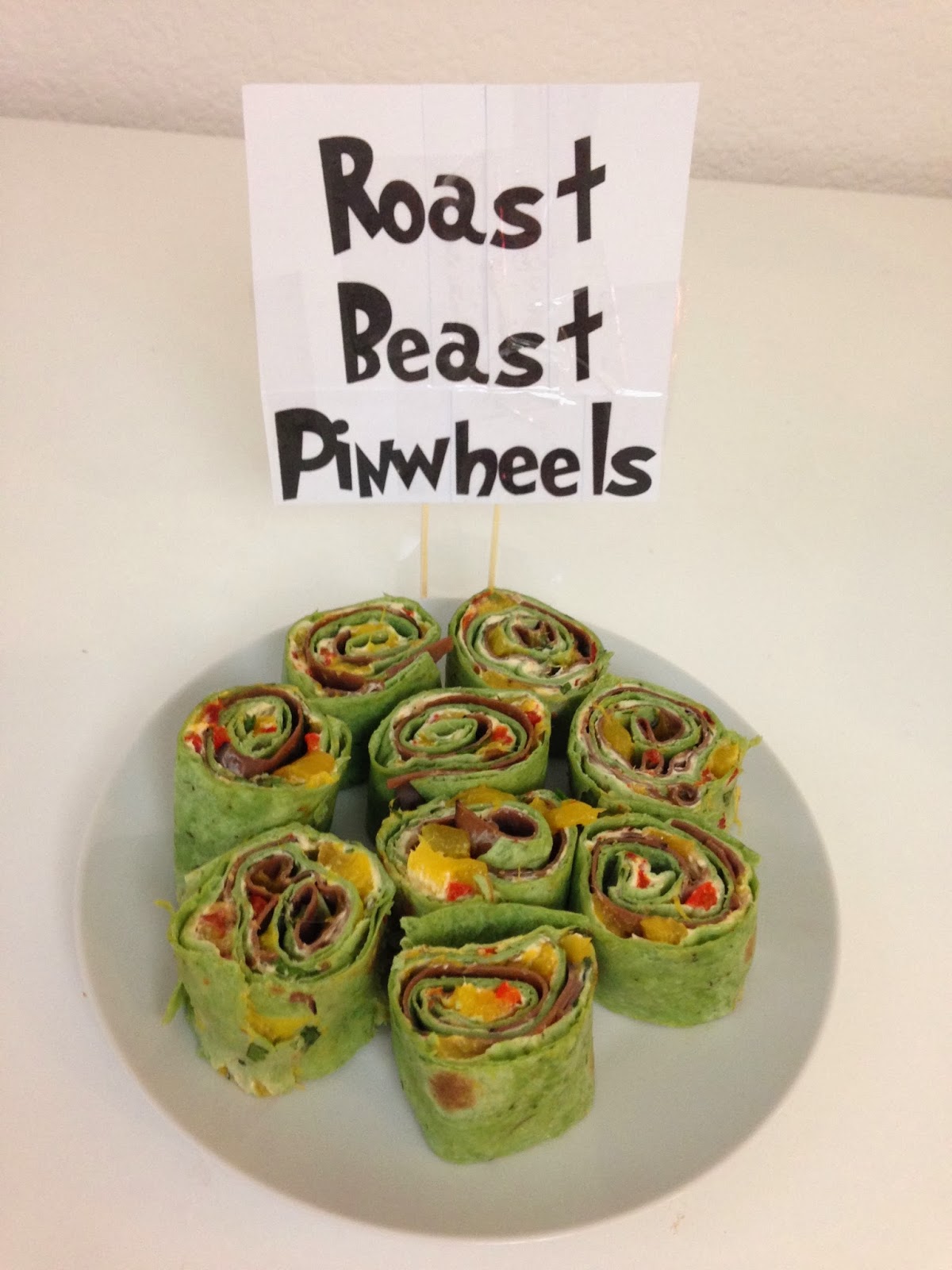 Here is a table of the book/movie inspired food that we had. The font I used is free and it's called Grinched. I did have some problems with it. The spacing was off so I had to cut and tape the words closer together on some signs.

I played the Grinch song for our date too. My husband was actually singing the Grinch song on the morning of our date. I thought I had given the surprise away somehow, but found out that he didn't know I had planned a Grinch themed date for that evening.

My husband was really impressed with the Grinch quesadilla. He said that it was 110% Grinch. He thought it was very artistic and that I should put it on pinterest.

I couldn't talk him into watching the Grinch movie, because we have seen it so many times and he didn't want to watch it again. That was okay though, because I wasn't super excited about watching the movie either. We went out and got a Christmas tree instead.

Quesadilla Filling
Drain and rinse black beans. Mash the beans and season them with cumin, chipotle powder and salsa. Cook and cut up chicken. Put bean mixture on one tortilla and back at 350 for 5 minute. Add chicken and back for another 2 or 3 minutes. Add cheese and top tortilla (Grinches face) and cook for 2 min.

Emily
I am LDS. I like to be creative and have clean fun. I have a parenting blog, gift blog, craft blog, dating blog, a RS blog, a cookie exchange blog, a food blog and a YW blog. I update them in that order.